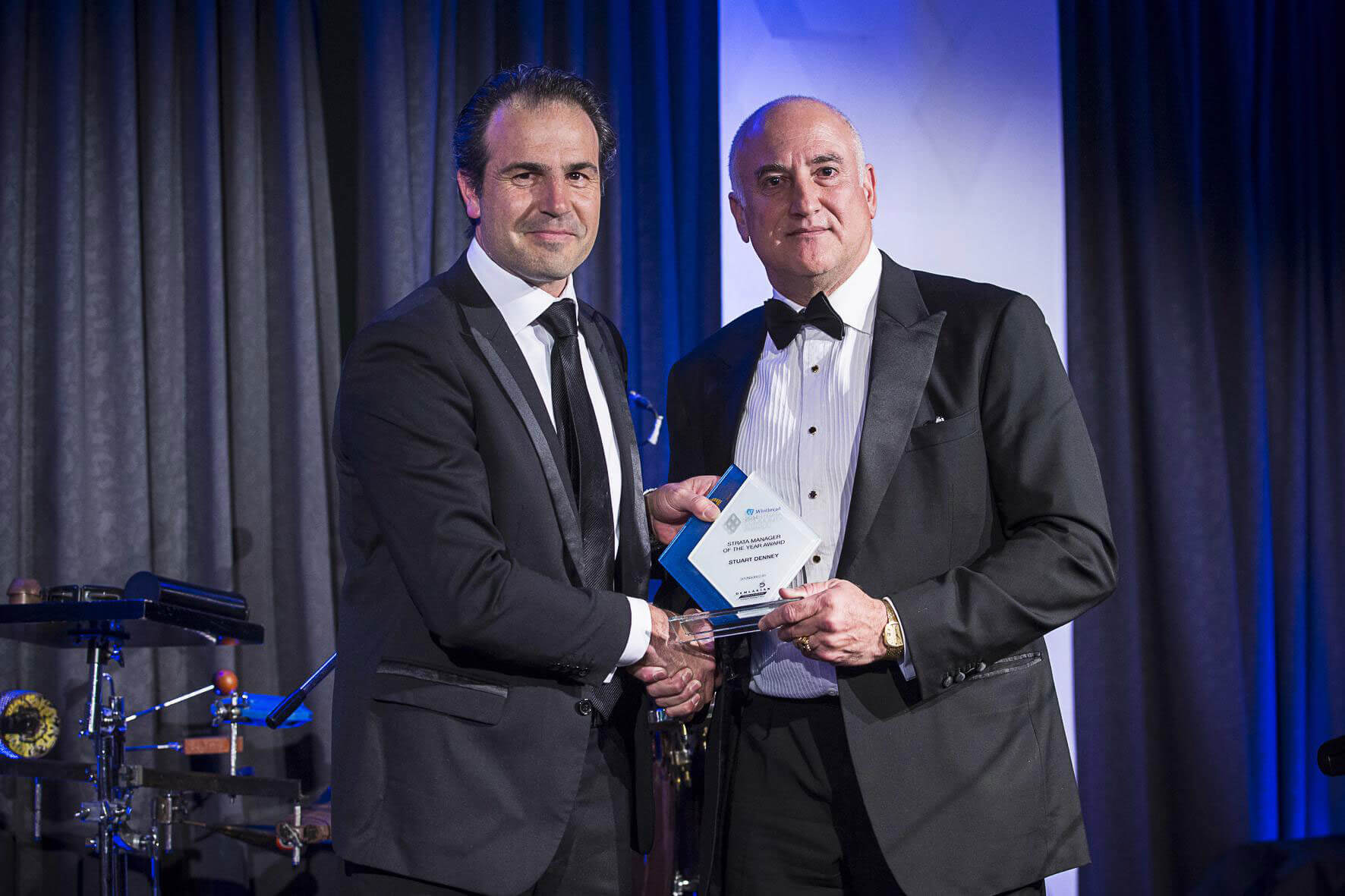 STRATA MANAGER OF THE YEAR 2014

The Strata Manager of the Year Award is awarded to an individual who displays excellence as a strata manager and demonstrates success in leadership and client relationship management.

Commenting on the announcement after being named as winner of the award, Stuart Denney said

“I am extremely delighted to be the recipient of the award. I’ve really enjoyed my career in strata management. I am lucky to have had the benefit of working with a great team of people and a great portfolio of clients.

“I would like to thank David and Olivera Ferguson for providing me with the opportunity to have a really successful career in strata management”.

David and Olivera said they were not surprised by the announcement. David said “Stuart continually receives fantastic reviews from his clients. He is extremely good at his job and very well liked by all who work alongside him and owners who have him as a strata manager”.